We have one of the best dJ crews in the city.  All of our Halifax DJs start out by passing the first test. They got to be good people that are pleasant to deal with.  Dependable, Love music, Love having an event look and sound great!  There is no room on our roster for Divas. 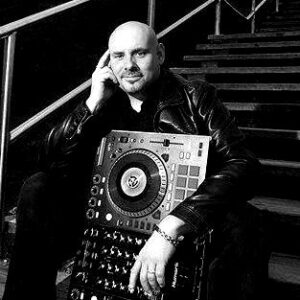 A.K.A.  Jeff knee.  Owner of Atlantic ProDJ. Jeff started DJing back in the early 90s. Originally from Corner Brook Newfoundland. He started out DJing weddings and progressed into VJing  (Video DJ)  and doing province wide tours as the Pepsi Video Dance party.  In 2001 He relocated to Halifax and started Atlantic Audio Pro.  Now Know as Atlantic ProDJ and Atlantic ProAV.

Favorite Music Genre: Everything and everything that’s got a beat that gets people dancing and singing on the dance floor.

Derek, originally from the Bridgewater area, studied audio engineering at Divinchie College in Halifax.  Derek loves playing request and filling the dancefloor with the hits.